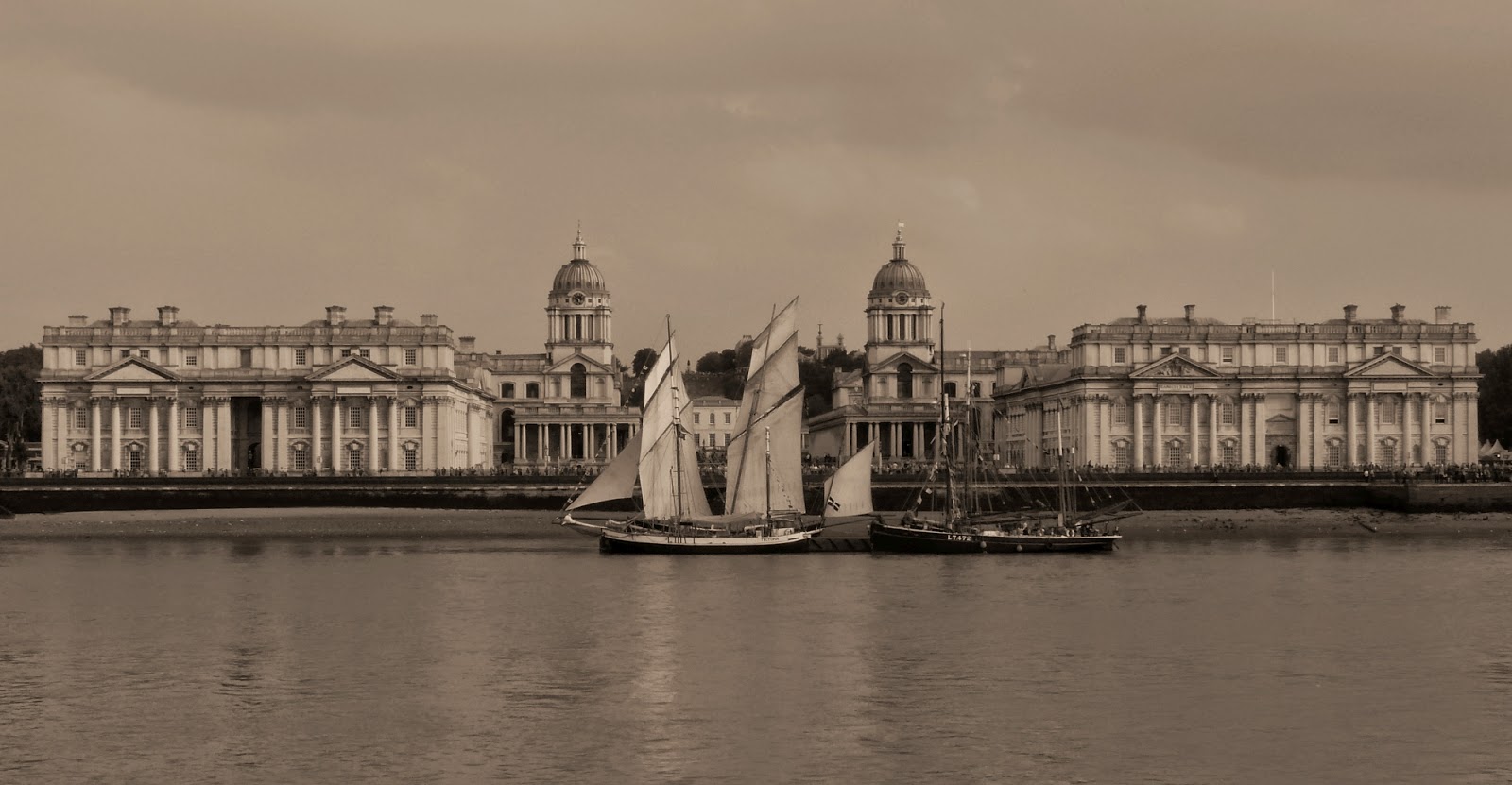 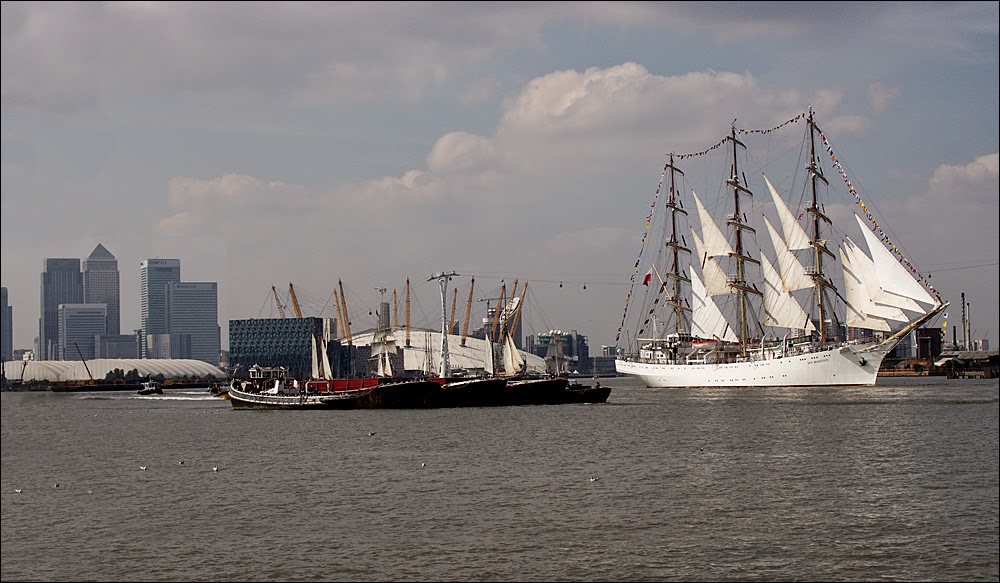 The Tall Ships Festival brought ships from all around the world to the river Thames cantered at Greenwich. On Tues 9 Sept they left for a Parade of Sail  - along the River Thames from Greenwich to the mouth of the river. A fleet of more than 50 vessels passed the skyscrapers of Canary Wharf as they said farewell to the capital. Lead by Dar Mlodziezy, the biggest ship under sail that day. 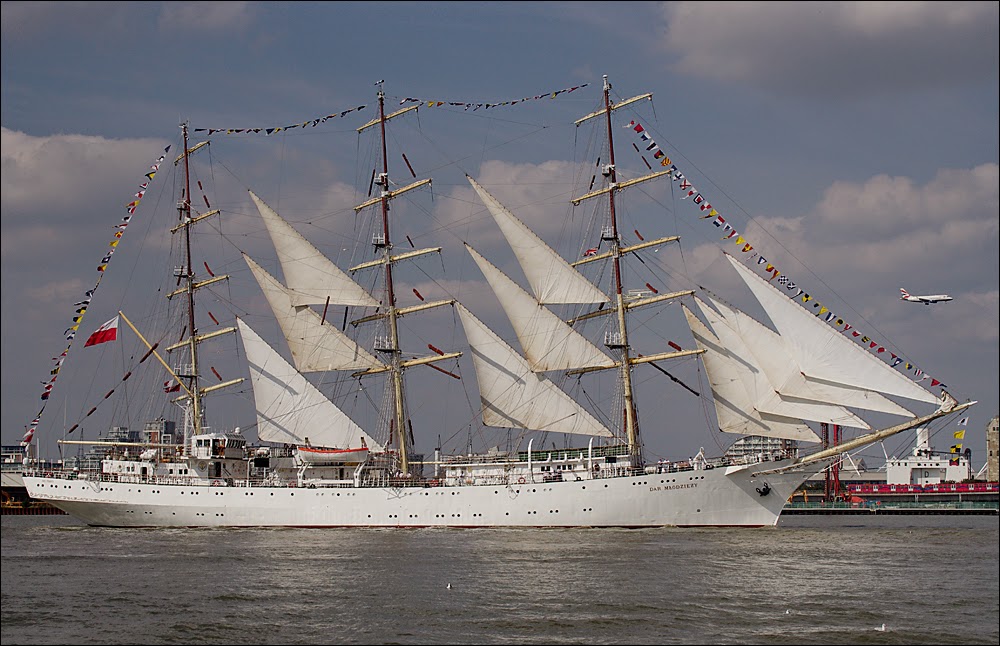 The Polish training ship, Dar Mlodziezy ("The Gift of Youth"). 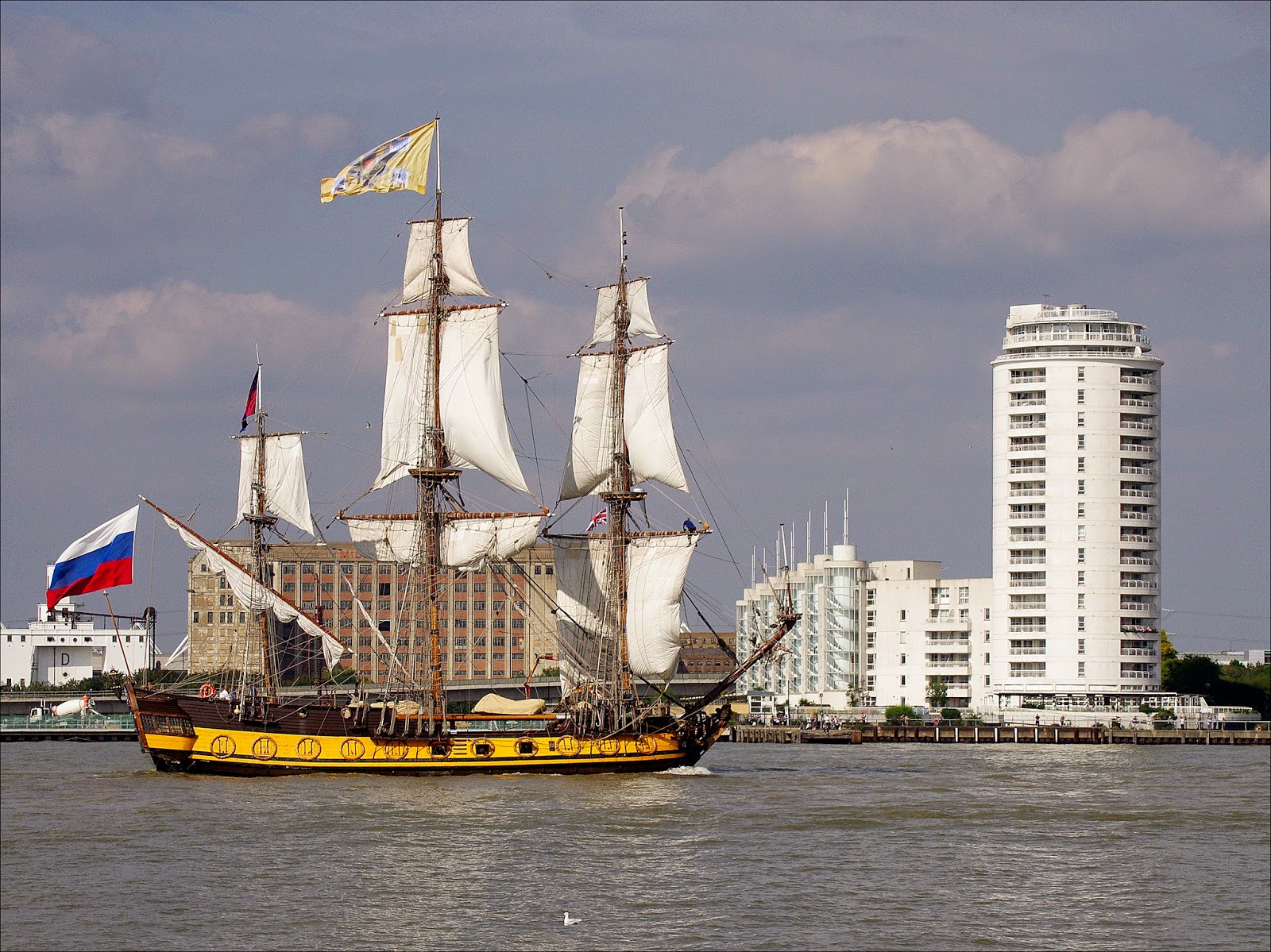 The Shtandart is a modern replica of a Russian navy flagship
that was built for Peter the Great in 1703. 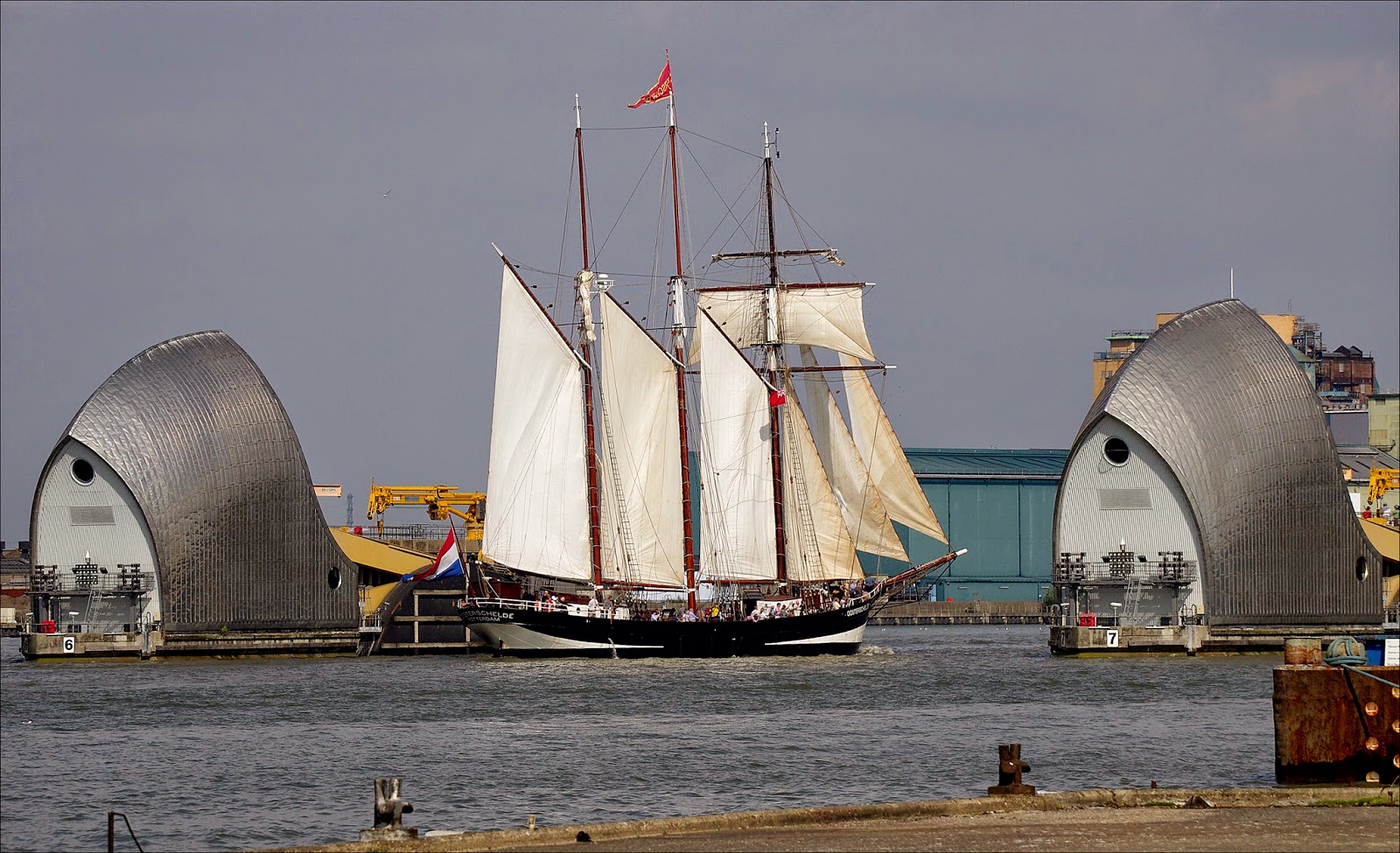 Oosterschelde is the largest restored Dutch sailing ship, a monument for Dutch shipbuilding,
passes through the Thames barrier, it has saved London from being flooded for many years.