London 2012 Victory Parade
A chance for London to see their Olympic and Paralympic hero's with their medals. 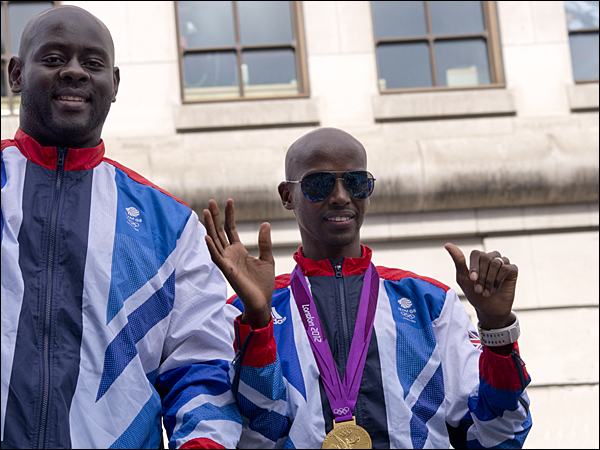 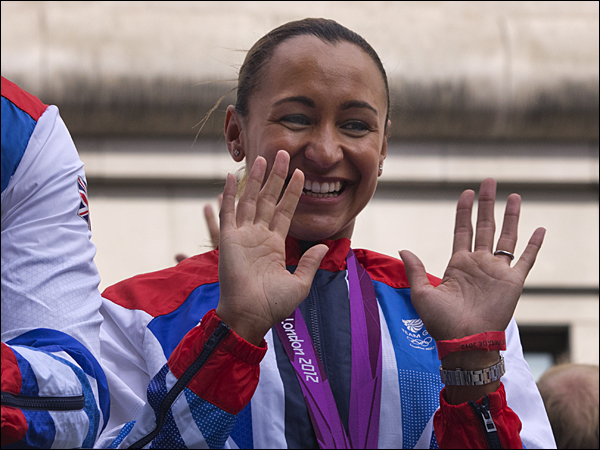 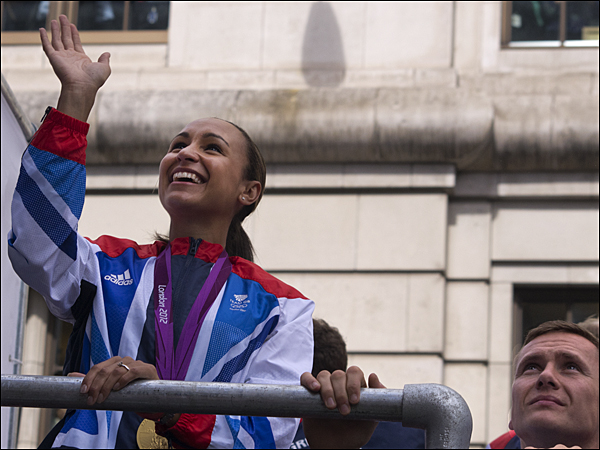 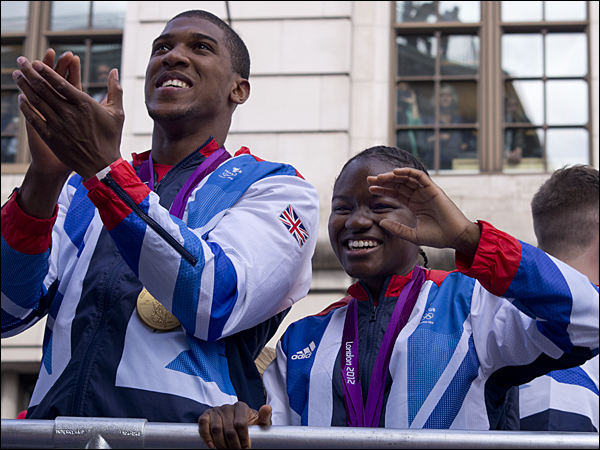 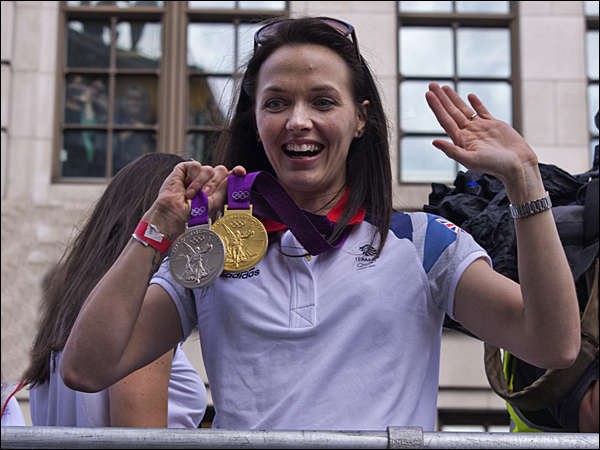 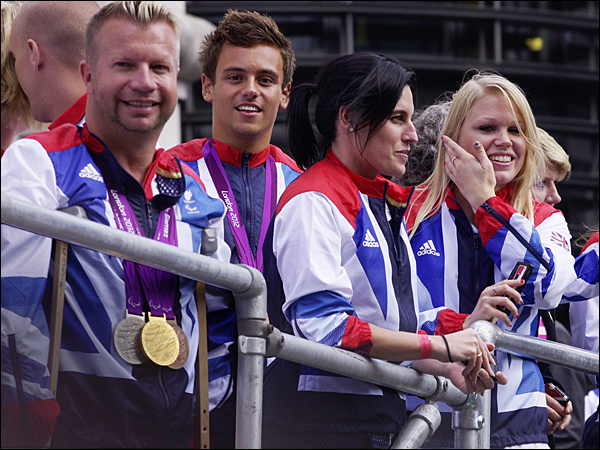 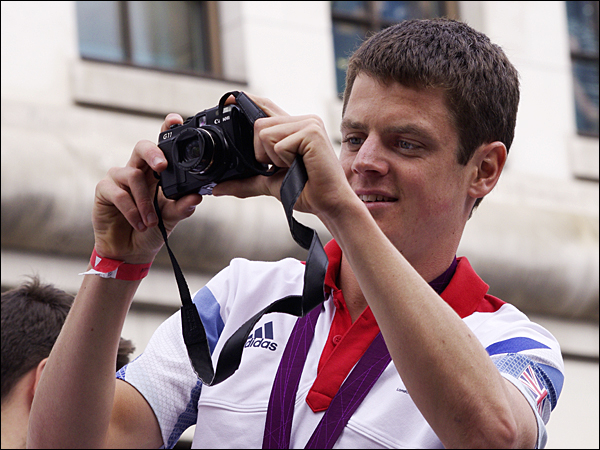 Jonny Brownlee won a Bronze in the Triathlon
and here capturing a happy memory of the day. 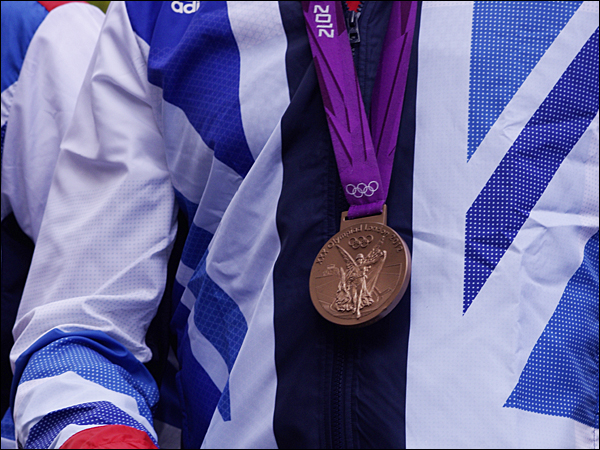 What all athletes try to achieve, a medal!
A Bronze here, worn with pride. 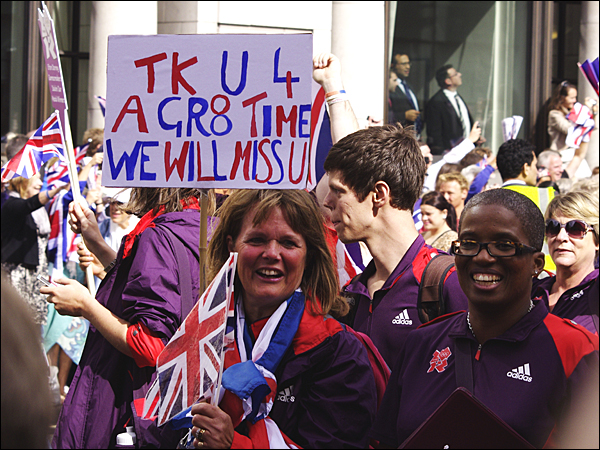 The Games Makers were not forgotten, with a special message for us all. 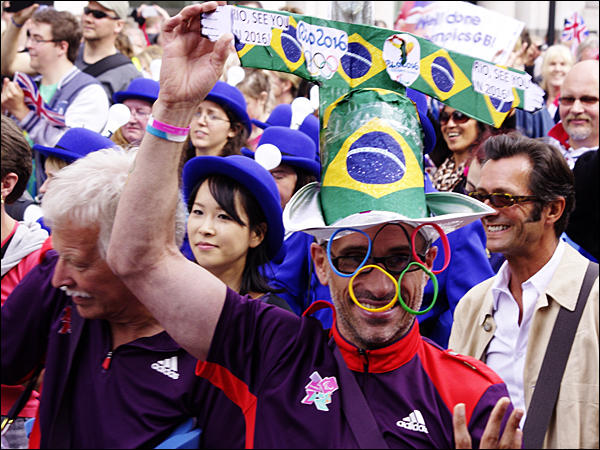 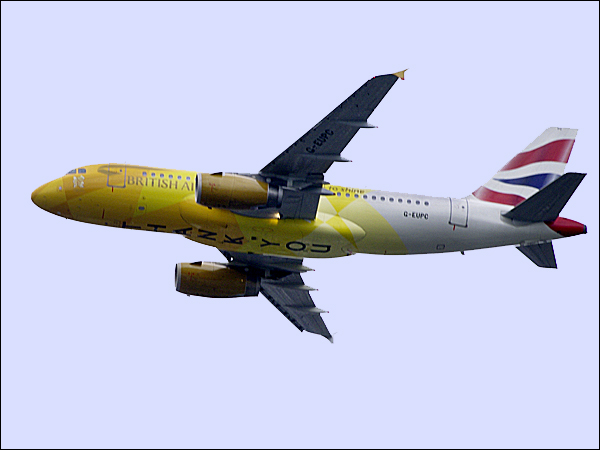 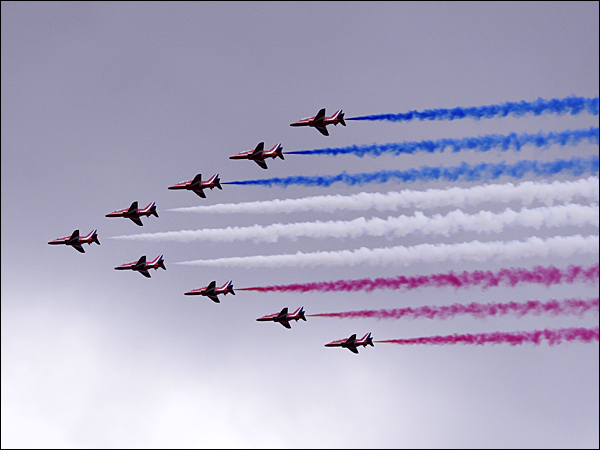 To end the perfect parade, you just have to have "The Red Arrows"

Email ThisBlogThis!Share to TwitterShare to FacebookShare to Pinterest
Paralympic Marathon 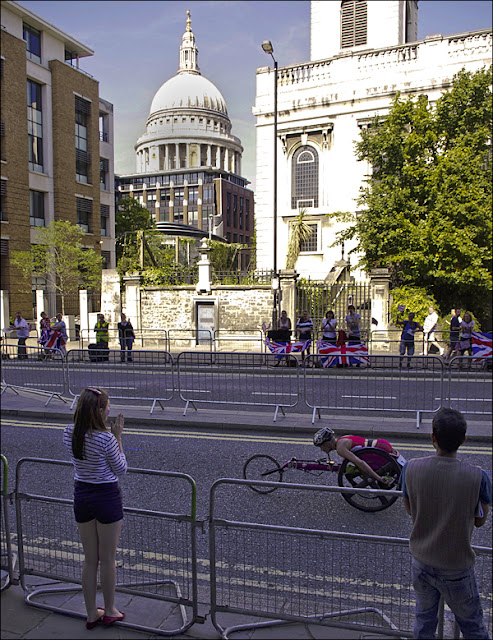 A wheelchair Marathon competitor on the part of the coarse that
loops around the city, they must complete three circuits of the loop.

The leading pack in the Men's event, their third time round the City loop. 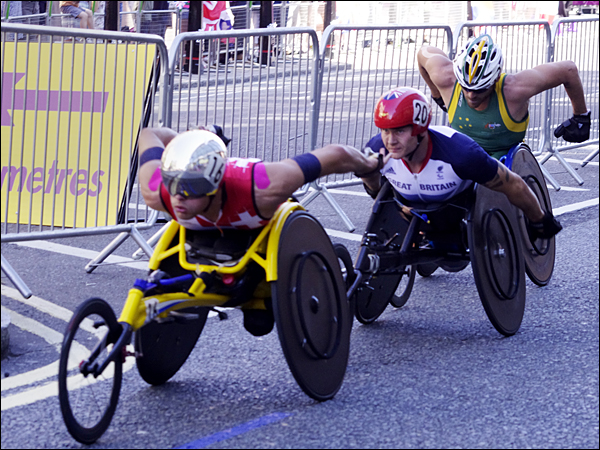 David Weir well placed in second position at 24 miles and heading for home
where he finished in first position to win his forth Gold medal of the games. 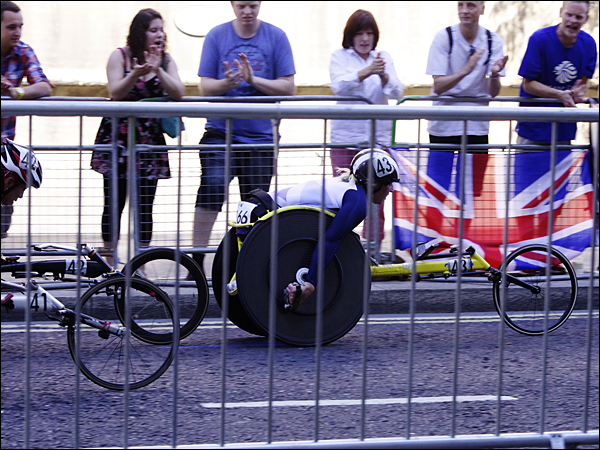 Shelly Woods begins her final City loop at 20 miles, cheered on by a patriotic crowd. 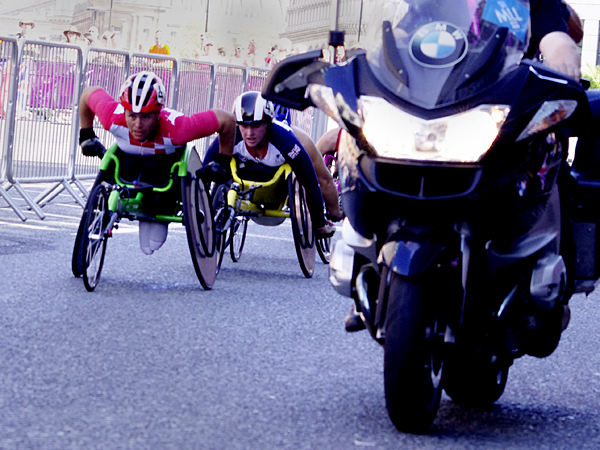 Sally keeps very close to the leader at 24 miles as she heads for home.
She came second and won a Silver medal, after her three track defeats. 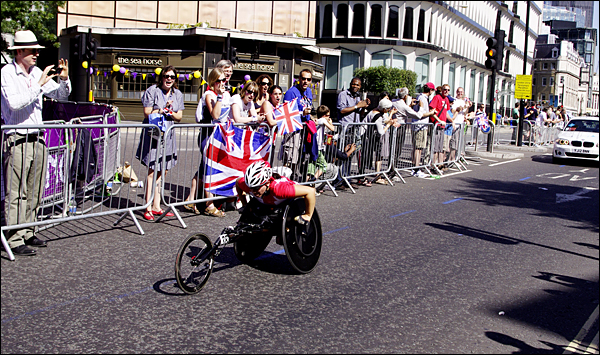 Tatyana McFadden, the last competitor at the 24 mile point in the Women's Marathon, was
cheered on by crowds lining the course not wanting to miss any on these supreme athletes.
Tatyana overtook the competitor in front of her to finish ninth out of the ten finishers. 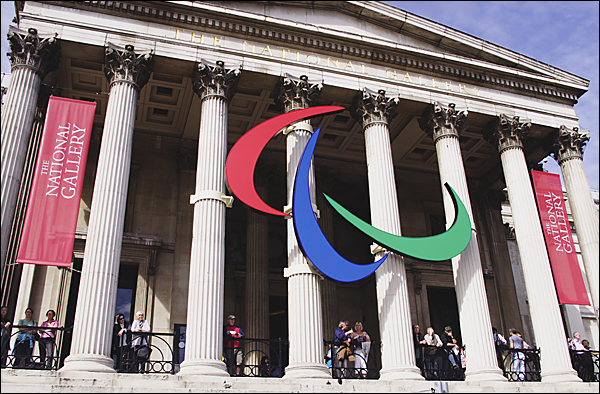 The Paralympic symbol has replaced the Olympic rings at landmark positions
around the city.   Here it is at the National Gallery, Trafalgar square. 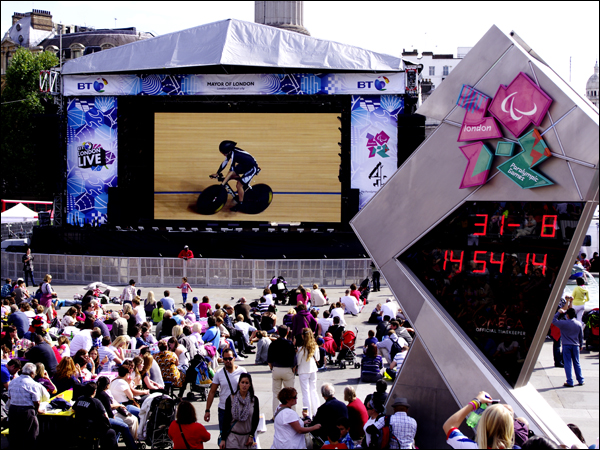 In the square the big screen and picnic tables were very popular. 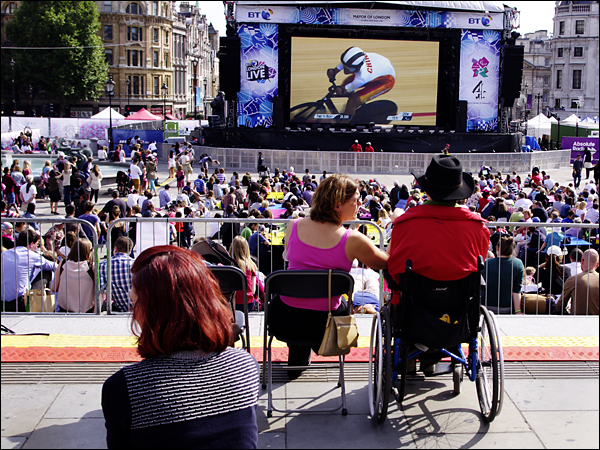 And special visitors were well catered for. 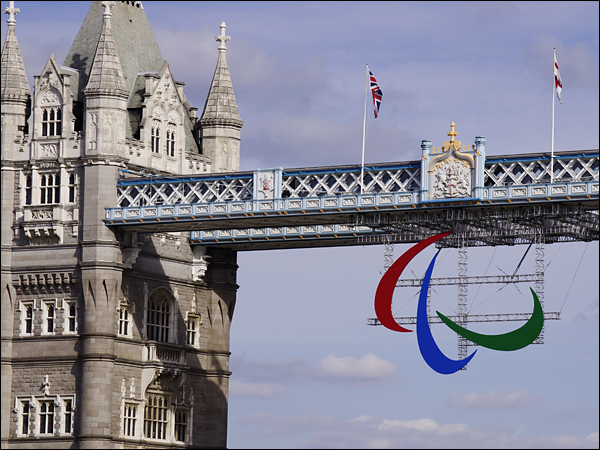 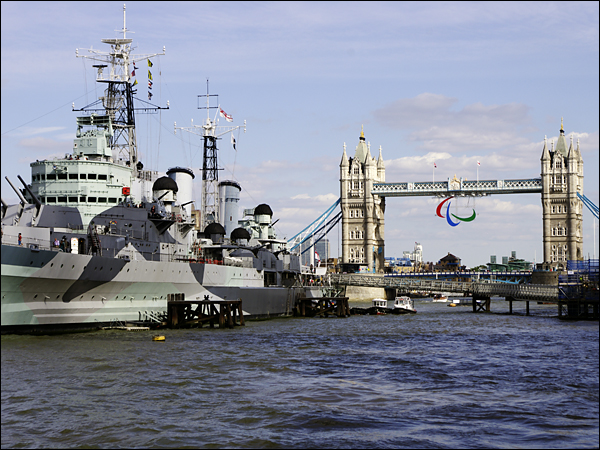 ...... giving the River Thames yet another new look.