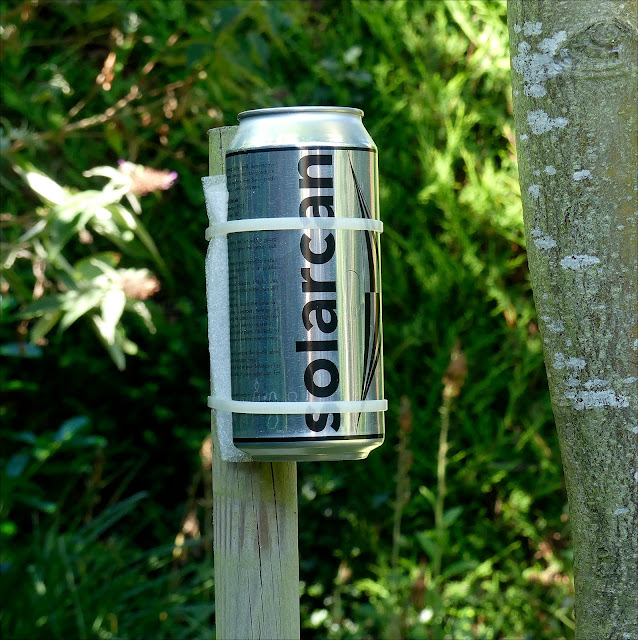 Solarcan is a pinhole camera in a can. You set it up pointing in the general direction of South
and leave there for up to six months. During this time, each day the light from the Sun passes
through the pinhole and traces its path across the sky on the sensitive film inside the can. At
the end of the desired time you open the can and remove the film which will have a trace of
the sun for each day it was in place.