HMS Belfast
HMS Belfast was launched in Belfast on St Patrick’s Day 1938 and was the largest and most powerful cruiser in the Royal Navy. She played a crucial role escorting Arctic convoys to the Soviet Union during 1943.
In June 1944 Belfast spent five weeks in Operation Overlord supporting the D-Day Normandy landings. She reportedly fired one of the first shots on D-Day. From 1950-1952 the ship played an active role in the Korean War. She is now preserved by the Imperial War Museum.  http://www.iwm.org.uk/visits/hms-belfast
﻿ 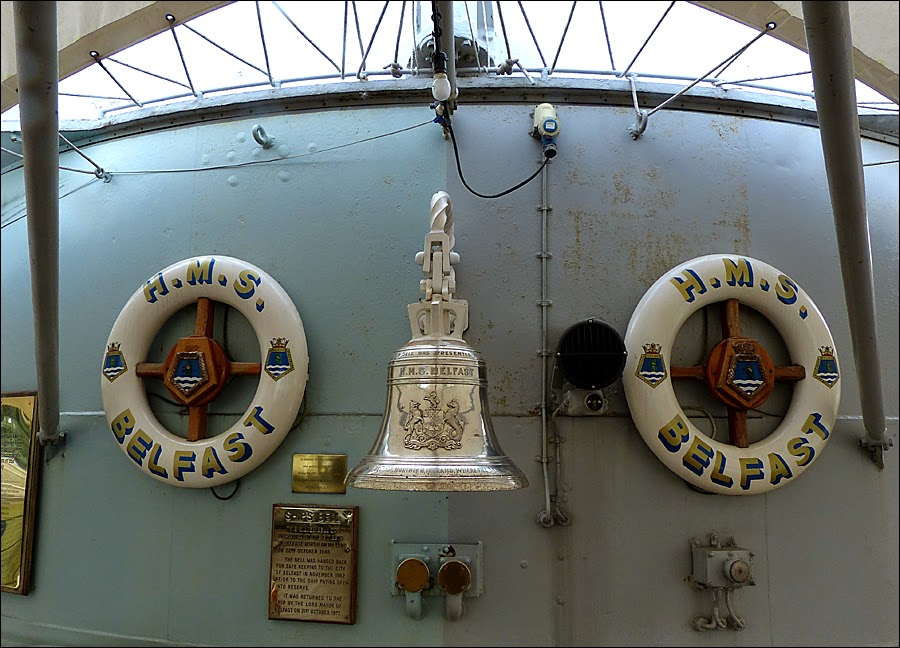 HMS Belfast's bell, Silver ship's bell, bearing the arms of the City of Belfast. The inside of the rim
has various names engraved on it, as the bell (inverted) was used as a font and those baptised were
named here, in naval tradition. 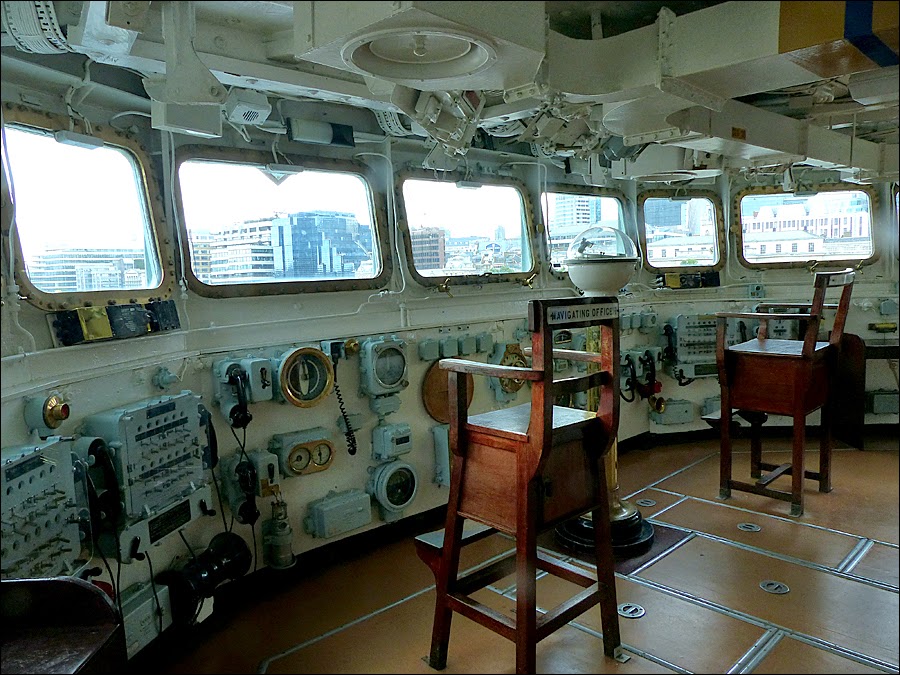 The view from the bridge, today looking upstream over the river Thames. 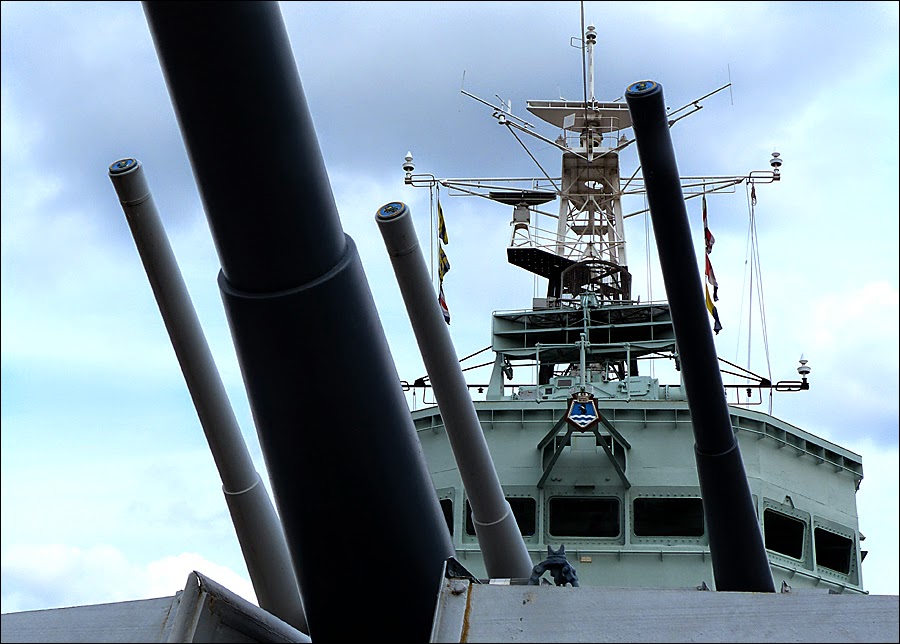 These are the forward A and B Turrets each holding three of the twelve
6-inch guns, each capable of delivering a shell onto a target 12½ miles away. 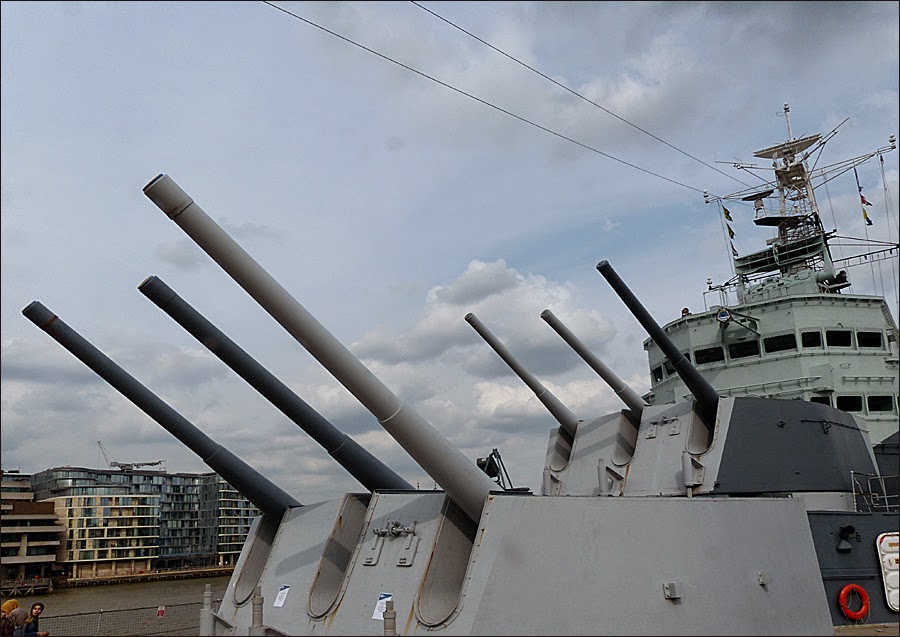 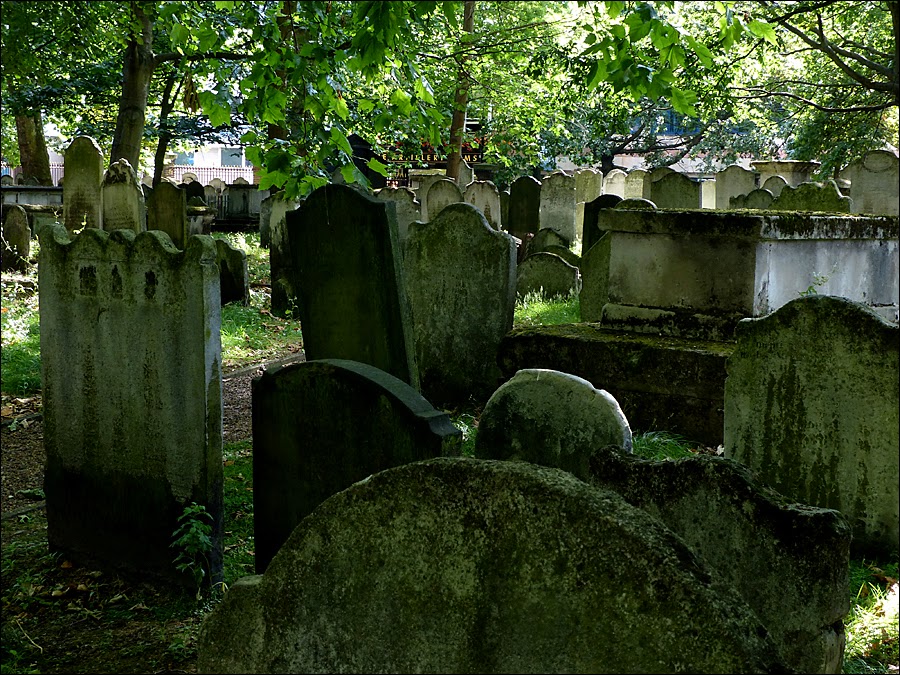 This cemetery can be found just off London's City Road. 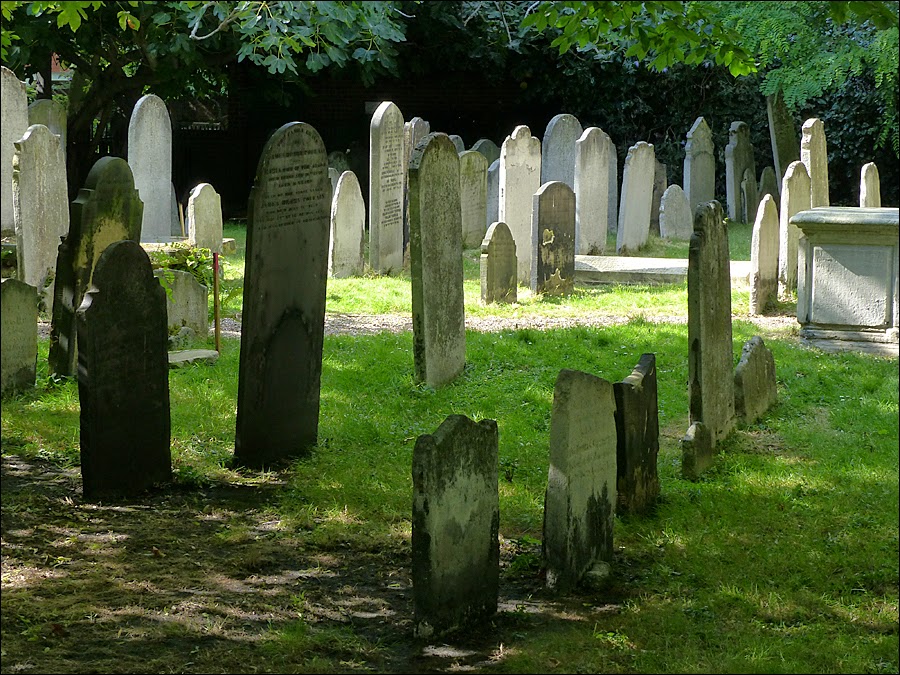 It is a little oasis of calm in the city with tombs of some famous people, ... 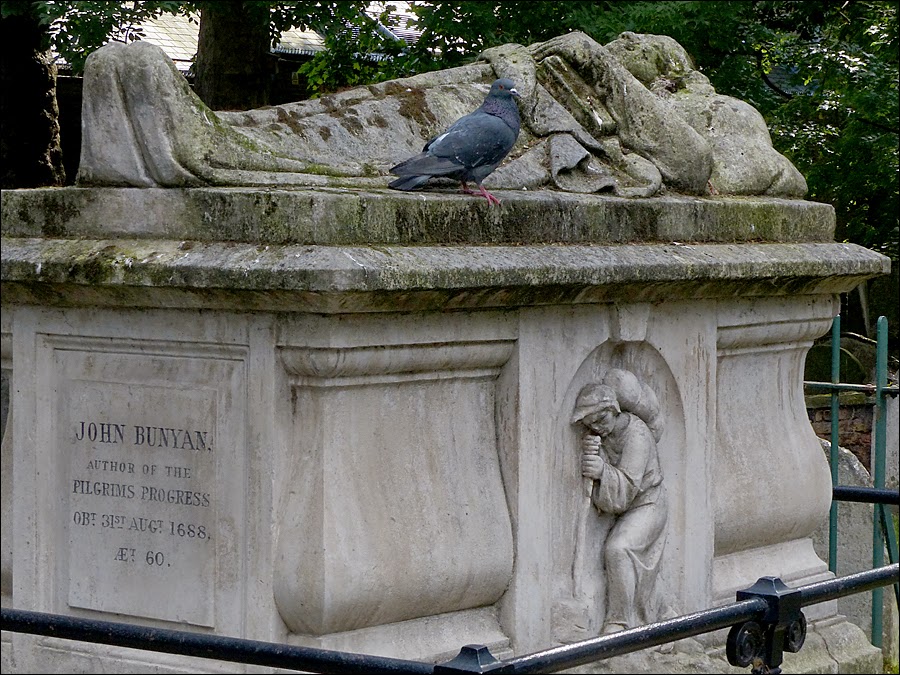 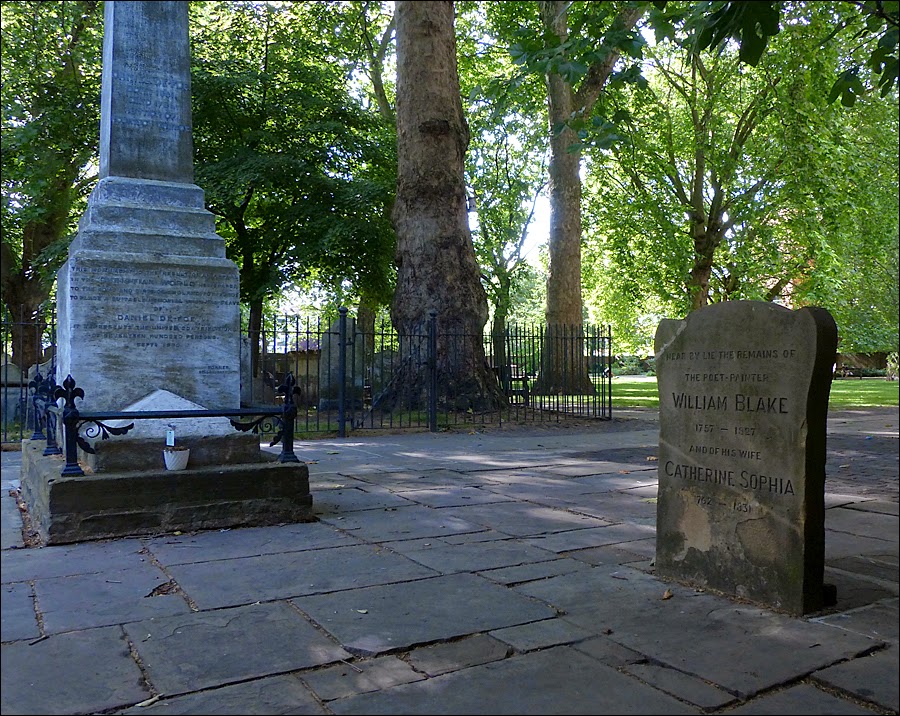 ... and Daniel Defoe and William Blake.
Posted by Douglas J. Adams at 23:07 No comments: